Kachwaha & Partners is a full service law Firm, with offices at Delhi and Mumbai (Bombay) and associate lawyers in most major cities of India. The main office of the Firm is in New Delhi, conveniently located next to the diplomatic mission area. It is easily accessible from all parts of Delhi as well as its suburbs.

The Partners and members of the Firm are senior professionals with years of experience behind them. They bring the highest level of professional service to clients along with the traditions of the profession, integrity and sound ethical practices.

Members of the Firm are in tune with the work-culture of international law firms as well as the expectations of large corporate clients. The Firm has amongst its clients multi nationals, embassies and leading Indian corporations. 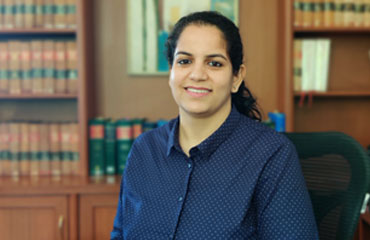 India is one of the first countries to statutorily adopt the IBA Guidelines on Conflict of Interest. This is considered to be a very progressive step as the IBA Guidelines were primarily conceptualized as soft law instrument to aid and assist the courts and tribunals in evaluating potential areas of conflict. However, this article argues that it has resulted in certain uncertainties with respect to the interpretation of the Indian Arbitration Act. The Supreme Court in HRD v GAIL provides useful guidance on the interpretation of the Schedules pertaining to arbitrator bias. While an interlocutory judicial challenge for arbitrator conflicts arising out of Seventh Schedule has now been permitted, the court has also observed that the parties have to follow the rigour of section 34 for conflicts under the Fifth Schedule. The case is however, silent on the standard of scrutiny for testing violations of the Fifth Schedule under a challenge proceeding under section 34. Through this essay, the author endeavors to explore some of the unsettled questions pertaining to Arbitrator Impartiality and Independence under the Act. The starting point of this paper will be to answer some of the unaddressed questions in the aftermath of the judgement in HRD v GAIL and provide solutions for a coherent interpretation of the regime pertaining to Arbitrator Impartiality and Independence. In the process the author, shall primarily focus on the procedure to be followed for a challenge arising out of Schedule V conflict under the Act.

The Arbitration and Conciliation (Amendment) Act, 2015 was brought with the aim of making arbitration a preferred mode dispute resolution for commercial disputes, more effective and making India a hub of International Commercial Arbitration. The Act, however, was marred with legislative blunders. Section 26 of the Amendment Act, 2015 was one such poorly drafted section which led to lot of controversies and became a subject of national debate in legal circuit. Section 26 provides for applicability of the Amendment Act, 2015. The section being one of the most important sections came up for interpretation time and again in various High Courts of the country. This led to myriad interpretations by different High Courts and this conundrum finally reached the Supreme Court in the case of Board of Control for Cricket in India (BCCI) v. Kochi Cricket Private Limited & Ors. It was expected that the enigma would finally be resolved by virtue of this decision. However the controversy does not seem to have rested conclusively. This article is an attempt to discuss the jurisprudence on applicability of Section 26 through conflicting views of High Courts and an analysis of Supreme Court judgment in BCCI case.

Arbitration has gained reputation as one of the most popular forms of dispute resolution. The flexibility of arbitration has clothed it with numerous advantages over the traditional form of resolution, litigation. However, in recent times, arbitration has proved to be time-consuming and has resulted in further disputes. One reason for such undesirous result is the incorporation of complex arbitration clauses such as a Multi-tier Dispute Resolution clause. Often parties with the intent of expediting the resolution of disputes incorporate other requirements such as negotiations, conciliations or both as steps prior to the commencement of arbitration. Such Multi-tier Dispute Resolution clauses, on the contrary, have led to delayed and extended dispute resolutions owing to the peculiarities of the Initial-tiers. The author will analyse the legality as well answer certain questions pertaining to such clauses in five parts. In Part I, the author will discuss the validity and enforceability of the Initial-tiers. Following which, in Part II, the author will examine whether the Initial-tierare mandatory or not. In Part III, the author will further evaluate whether the Initial-tierare a condition precedent to the commencement of arbitration followed by elaborating on the exceptions where the Initial-tierare not to be followed, in Part IV. Based on the aforementioned research and analysis, the author in Part V will conclude the article highlighting the steps the parties can take to avoid the difficulties highlighted in the article.

Anubhuti Maithani
NALSAR University of Law
Title: “The Growth of Arbitration in Asia”

In the new age of globalization and technology advancement, there has been a consistently rampant increase in international trade flows across the globe. With cross-border trade interactions happening at intense rates, cross-border disputes are likely to arise as well and they are important to resolve quickly and efficiently. One of the most effective ways to resolve such disputes is through international arbitration. This is due to several reasons, which include time-efficiency, neutrality of decision, confidentiality of proceeding, cost saving, et al. Traditional arbitration institutions in London and Paris have recently been facing strong competition from younger arbitration institutions from Asia. This article studies the rise of arbitration centres in Asia and focuses on the leading two, the Hong Kong International Arbitration Centre and the Singapore International Arbitration Centre. To do so, the paper starts with the introduction of what arbitration is and why it is important for international trade. Then, it discusses the relevance of venue or seat in an arbitration proceeding. It then explains why the venue and seat of Asia is fast becoming the new preference for international arbitration. The paper then goes on to discuss the arbitration practices and arbitration legislations in Asian countries like Singapore, Hong Kong, India, Korea and Malaysia and touches upon the arbitration practice in Western countries like London as well. The paper then discusses some general and specific reasons behind the rise of arbitration in Asia. Finally, it ends with concluding remarks on the need for greater effort by Asia in order for it to overcome challenges and dominate the global arbitration scene.

In November 2012, Gary Born first proposed the idea of a Bilateral Arbitration Treaty, in a speech aptly titled “BIT’s, BAT’s and Buts”. Inspired by the success of Bilateral Investment Treaties, he suggested developing a system of international treaties whereby countries decide that a particular set of international disputes arising between their respective nationals will be resolved via international arbitration as the default mechanism. He based his optimism about the success of such a system on the relative success seen by the International Investment Arbitration framework. In this paper, this proposal is compared to Bilateral Investment Treaties, since it is their logical corollary. If Bilateral Arbitration Treaties serve the same ends and work the same way as a Bilateral Investment Treaty, they may acquire a form of presumptive validity. Following this, the stated and potential advantages of the proposal are considered. The doctrinal and practical concerns regarding the idea have been analysed. Finally, the viability of the idea in India has been discussed, in the context of both national interests and the existing jurisprudence on arbitration. Based on a weighing of all these factors, this paper seeks to determine if the proposal is one that India should actively work towards.